Chogiwa – Korean Drama “May I Help You” reported to suffer from 0.5 percent decrease on the viewership rating from the previous episode. However, the popularity of Lee Jun Young is starting to raise since more viewers are asking about ‘who is this guy?’. Well, there are things you may not know about Lee Jun Young because FYI, he is more than just a handsome actor.

Things You May Not Know about Lee Jun Young

So, is he a 2nd generation K-Pop Idol? Well, not really. Though U-KISS is technically a 2nd Generation group debuted in 2008, Lee Jun Young who is also well-known as Jun joined the group in 2014. That’s make him a 3rd gen idol who joined 2nd gen group and the maknae of the group as well.

In U-KISS, Jun’s position is as a rapper but when AJ left U-KISS to pursue his study in Columbia Universty, Jun took his role as rapper. When Eli also left the group, left Jun as the main rapper of U-KISS. However, is it the only talent he has? Well, obviously not. In 2017, Jun joined a survival program “The Unit”. Though he is a main rapper in U-KISS he ended as the number one in this program and debuted with UNB as the main vocalist from 2018 up to 2019 when UNB officially disbanded. In one show with U-KISS, Jun also showed his talent in beatboxing.

In one scene of “May I Help You”, Jun dressed as big bear dancing on the street to comfort Hyeri. Well, it wasn’t just acting. Jun is really a good dancer in real life. He is the main dancer in UNB. If you follow his Instagram, Jun usually shared his dance routine with his crew. Not only that, if you have watched “Imitation”, he took role as the leader of idol group SHAX, where he showed his dancing skill along with some of ATEEZ and SF9 members who joined the cast.

#4 He Mostly Lends His Voice for OST of His Dramas

Jun has a really unique and beautiful voice. That is why, he usually lends his voice for OST of the drama he’s starring at. His first OST is “Because It’s You” for drama “Goodbye to Goodbye”. He also lent his voice in his drama “Good Casting” and “Please Don’t Date Him”. “Imitation” and “Let Me Be Your Knight” are technically Korean drama with musical genre, so you will hear a lot of songs sang by Jun in those two dramas. Jun sang “Malo” and “Your Sign” as part of group SHAX in drama “Imitation”. In drama “Let Me Be Your Knight” Jun sang “Love One Day” and as part of group LUNA, you can hear Jung sang “Beautiful Breakup”, “Love Paranoia”, “Rock & Roll Tonight” and “Let Me Be Your Knight”. So, it is a normal thing for fans to wish of hearing Jun’s voice in OST of “May I Help You”. Or probably a duet with Hyeri? *Fingers crossed. 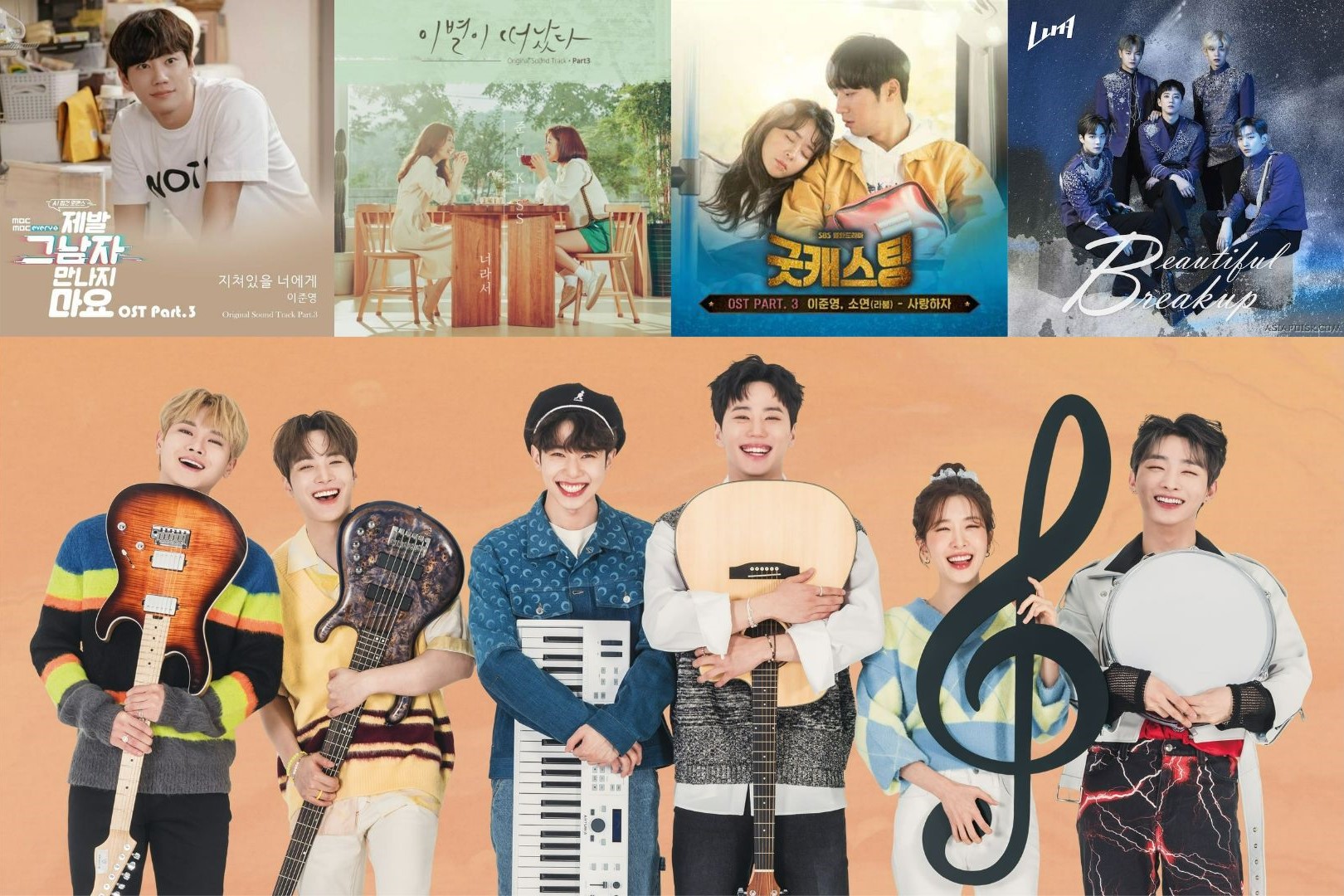 A little trivia, though SHAX and LUNA are technically fictional groups but they have their own page in some social media and big music platform such as YouTube and Spotify like they are real groups.

#5 He Has Solo Album

As mentioned above that Lee Jun Young is more than just a handsome actor. For those who followed him on Instagram must have found out that he is good at dancing but not much know that he also has a solo album project aside from U-KISS and UNB. In December 2019, Jun released his solo album entitled “Gallery”. “Gallery” consists of three songs “Curious About”, “Mirror” and “Tell”. In 2020, Jun also released a single entitled “AMEN” whereas he showed up his talent as a rapper.

One of things you may not know about Lee Jun Young is that he is a multilinguists. He born and raised in South Korea but his English is really good. In one of his IG lives, a fan asked Jun how his English could be so good, he said that his father taught him English since he was a kid. In some videos with U-KISS, his Japanese is also okay when he talks to his fans since U-KISS has a big fan based in Japan. He also sometimes spotted speaking casually with other U-KISS members in English.

#7 He Runs His Own Agency Management

Jun is only turned 25 years old this January 2022 but he has a lot of achievements. Unlike other Korean idols who are depending on the third-party agency, Jun has co- established his on agency. He co-established J-flex, to support his acting career as an actor. With this new agency, Jun has more control in selecting the future projects. It enables him to focus more on his acting career.

For more things you may not know about Lee Jun Young, just follow Lee Jung Young Instagram account @real_2junyoung. Before “May I Help You” he has been starring in several drama such as “Class of Lies”, “Good Casting”, “Please Don’t Date Him”, “Imitation” and “Let Me Be Your Knight”. For more of his talents, watching “Imitation” and “Let Me Be Your Knight” is a must.

Korean Actors and Actress with More than One Project with EXO

Son Ye Jin and Hyun Bin’s Baby Is A Boy

Korean Actors and Actress with More than One Project with EXO

Chogiwa – BTS Jin just started his military enlistment on December 13th, 2022. On that…

Son Ye Jin and Hyun Bin’s Baby Is A Boy