Contact UsIndex
Home Weekend Features Is It Possible to Stan A Group that Doesn’t Exist?

Chogiwa – It’s been a long time I didn’t write for a weekend feature. However, today I feel like I’m doing it after seeing some videos in VLENDING Youtube Channel. And a big question just appeared in my head, “Is it possible to stan a group that doesn’t exist?”. Well, logically is impossible because if the group doesn’t exist, how could you stan them?

It is actually a rhetorical question with an obvious answer. However, you may change your mind when you watch “Imitation”. It is a drama that just premiered a couple of days ago on KBS2. “Imitation” is a drama about the life of idols. So, you could expect that “Imitation” is packed with idols. The casts are consisting of the member SF9, ATEEZ, UKISS, T-ARA, and some new idols like Park Yuri. There are also some idols from earlier generations such as Danny Ahn from G.O.D, Shim Eun Ji from Baby V.O.X, and Suwoong from Boys Republic.

In VLENDING Youtube Channel you will find some videos about SHAX, Tea Party and Sparkling. Who are they? Well, they are fictional groups exist only in the drama “Imitation”. So, they are practically don’t exist. However, how could you refuse the charm they showed in the video? Even, Tea Party has fictional debut in Music Bank.

It is true that “Imitation” promotion is totally another level. As mentioned above, Tea Party even has a fictional debut in Music Bank. SHAX also has a fictional Q&A session interview talking about their new song “MALO”. Those who have no idea about this drama may think that they are a new boy group. When the fact is they are only idols who should perform as one group in a drama. That is how real the promotion is. However, still, even the idols themselves are very professional. It seems like they are really in a new group.

Moreover, to make it even more real. Each of the group even opened an official social media on Twitter.

ATINY must be super excited since there are four members in this drama. The maknae Jungho will be part of SHAX. While San, Yunho and Seongwa will be the part of Sparkling.

The Profile of Fictional Groups in “Imitation”

For you who are really new about this drama, below is the short introduction of the members of the groups in “Imitation”.

SHAX is the most popular boy group originally consists of six members. Then Eun Jo left and then SHAX becomes five members only.

Sparkling is a boy group consists of four members. They are relatively new boy group but not as popular as SHAX but still the sunbae of Tea Party.

So, is it possible to stan a group that doesn’t exist? Well, still possible. Since “Imitation” has formed some amazing K-Pop groups for you to stan. The combination of UKISS, SF9, ATEEZ, and Boys Republic are daebak. “Imitation” has given them a special stage to perform. Though they are not performing with their original group member, still they nailed it, even too well.

EXO D.O.’s Girlfriends in Movies and Dramas
“True Beauty” Portrays Bullying as A Serious Issue
Since the Death of JongHyun, December Becomes the Month to Remember
Korean Drama “18 Again” A Remake of 2009 Zac Efron’s “17 Again”
My Favourite Moon Ga Young’s Drama and Movie
The Power of Kpop Fandom
Comment 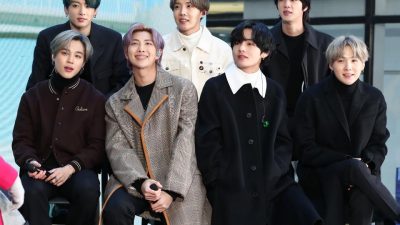